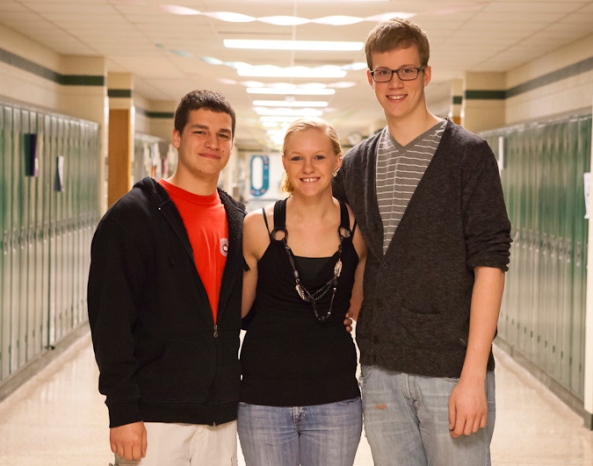 When Ethan, Nikole, and Taylor first clicked open the Deloitte Virtual Team Challenge this winter, they never thought their work would bring them acclaim as one of the premier teams in the nation! With well over 400 high school teams competing, their third place finish lands them at the top of the class!

As part of Dr. Clark’s business class, students teamed up and dove into Deloitte’s challenge to enter an online “virtual” city that was recently affected by an oil spill. As leaders of a fictitious non-profit agency, each team was charged to raise money to clean up their city, research the backgrounds of agencies that could be hired to do the work of controlling the ecological disaster, and investigate and identify a charity insider who was secretly siphoning money from the group.

Teams were judged on total overall money “raised” for the charity group. That means that their research into clean-up agencies, for instance, was paramount. Did they secure workers at the best price possible? Did they stop the insider from stealing from the charity?…and after how much money was taken? These things, and more, contributed to the end dollar figure that determined the contest winners.

Nikole speculated on their work, “What I think we perhaps did better than other teams was to do our research well. We used the provided tools like an online dictionary and we interviewed correctly so we hired workers at the right price.”

Dr. Brenda Clark explains the intricacies of the DECA challenge.

Dr. Clark estimated that teams contributed 10-12 hours of work to complete the challenge, which, incidentally, is the first of its kind ever attempted by Jenison business students.

“I loved that this project forced students to consider environmental and ethical factors such as finding the right people to hire and making wise decisions about terminating employment. There are endless ways in which ethics play into business, and the Deloitte challenge encompassed many of them,” Dr. Clark explained.

For their third place finish, Deloitte donated $500 to our local United Way chapter, as well as giving each of the three team members $50. Dr. Clark received $50 for classroom supplies and the high school was given $50 for technology, all courtesy of Deloitte! 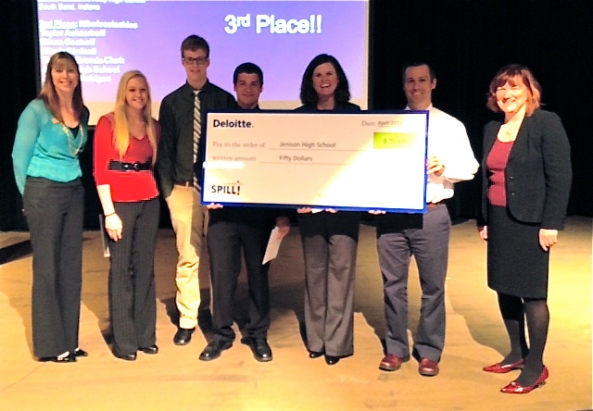 Adding to the excitement in the high school business department is the amazing work of seniors Nikole Birdsall and Levi Adrianson on the National Financial Literacy Challenge. Sponsored by the U.S. Department of Treasury with the hopes of increasing financial literacy in high schoolers nationwide, this test was taken by all JHS business students and 80,000 students nationwide! 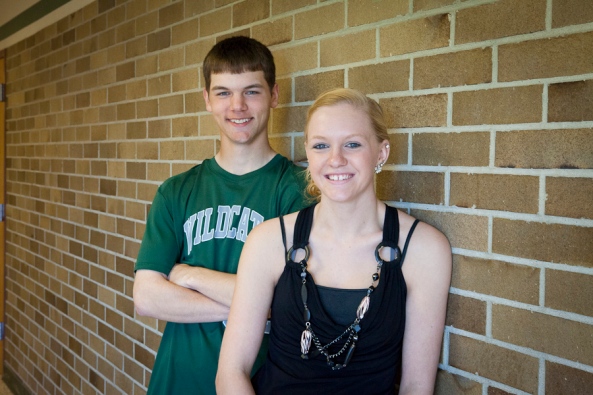 For the first time in JPS history, both Nikole and Levi scored 100% on this test! Furthermore, their scores have placed them  in the running for one (each) of twenty-five scholarships given to college-bound students.

Our sincere congratulations to the terrific work of Dr. Clark and her business students! We are proud of your exceptional accomplishments!

17 comments on “JPS DECA Students Top in the Nation!”