Today, to help celebrate Ms. Garland’s achievements, we will be featuring Emily “in her own words.” It is worth noting that no other Jenison High School Student has ever achieved this level of success in DECA!

Dr. Clark had this to say, ” I am so proud that a student who has worked so hard, understood what it takes to compete at a district, state, and international level, and put in the time and effort needed to do all that work.  She is almost irreplaceable as one of the students I know that when handed any project, large or small, will get it done.  Beyond that she is the ideal student – intellectually curious, motivated, always positive, strong ethics, and a willingness to help wherever needed without complaining.” 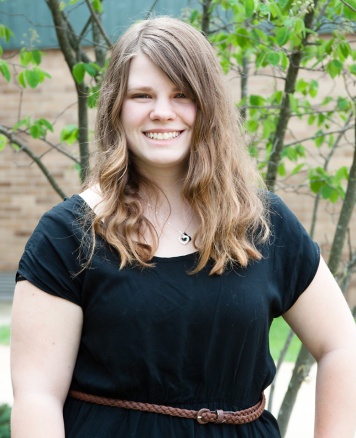 DECA allows you to meet people with the same passions as you from all over the country and, if you qualify for Internationals, from all over the world! I am a very shy person, but through DECA I have learned to get past being shy, to not let opportunities pass me by, and to become a leader.

DECA is a club to help develop the future business leaders of the world. One way it does this is through the competitions it has, such as the role plays where you are given an issue and you have ten minutes to plan out a solution to this.

The first event I worked for was the Stock Market Game. This was an investing simulation from September to December that was a part of my marketing class. We did research into stocks and made investments based on this. I had the 23rd best return out of over 2000 people which qualified me to compete in this event in the International Career Development Conference (ICDC).

The second competition I worked on was the School Based Enterprise in November up until January. I worked with two other people to write a 60 page paper on our new coffee shop, The Green Bean. When this got gold certification (which is the highest it could receive), I had another opportunity to compete at ICDC. I chose not to compete in this and instead give my spot to someone else who had not qualified.

Another event was THRIVE Academy which functioned in conjunction with DECA week. I helped my team mates in some of the daily events such as painting the rock, asking trivia at lunch, and working a DECA question table. In the end they chose that I would get one of the spots.

The last event I qualified in was Principles of Finance. In March I was a state champion in this role play competition along with four other people out of 70 people total. This was the final competition that I qualified for. Quadruple Qualifying means that I qualified in four separate events to go to the International Career Development Conference in Anaheim California. This means that I got to pick which event I’d want to compete in; I chose to go with the Stock Market Game.

I’d like to thank Dr. Clark for helping me so much in every project I’ve done. She allowed me to work on these projects during her classes and was always there for questions that I had. Dr. Clark has helped me become a leader and be the best I can be. This is my first year in DECA but it is because of Dr. Clark that I’ve done what I’ve done. I never thought I would be an officer and I never thought I would get the opportunity to go to California, but her support helped me to achieve so much more than I thought I ever could.

This fall I will be starting my first semester of college at Aquinas. I plan on studying business and work towards starting a collegiate DECA. I’m sad that high school DECA will be done, but I believe that the experiences it has given me will help me to excel in college and in my future career.