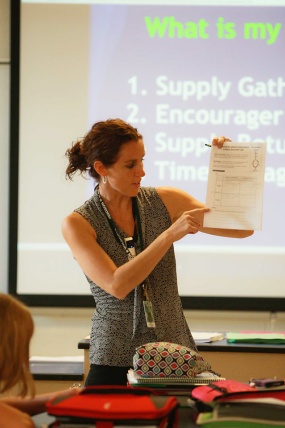 When Jenison Junior High School eighth graders opened the door on a new year of science at the junior high, they weren’t expecting to design cars with minty wheels powered with balloons. But that kind of hands-on learning comes standard for lessons in Mrs. Molenkamp’s classroom.

After a summer of relaxing and experiencing the inertia of bodies jumping into water, Mrs. Molenkamp says that beginning the year with an activity like this gets kids to think like scientists again. It helps them get back into the swing of working in groups and problem solving with new classmates in new settings.

“We pick an activity so they’re laughing and creating and getting to know their neighbors at the same time. That’s why we build cars right away–to get them involved and reinforce the message that science is fun,” said Mrs. Molenkamp.

“This is so fun! I want to be an engineer someday so this is the best activity for me! I really liked having to problem solve and reevaluate our design. Our first attempt to race our car was a total failure, but we kept going until we had a car that would actually do what we wanted it to. It was fun to see our hard work pay off!” 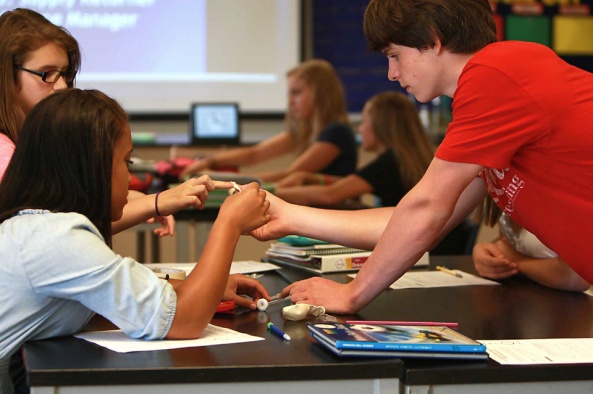 Students were given just two breath mints, tape, one balloon, straws and a tongue depressor. They were charged with trying to figure out not only how to build a car, but how to build a fast car. They asked questions like:

Aside from team building, the goals of this lesson were for students to persevere during the (sometimes) frustrating stages of problem solving while successfully working together. But perhaps more importantly, students discuss real world applications and connections between what’s happening on the lab table and what’s happening in design firms across the country.

“Problem solving makes its way into all sorts of careers,” said Mrs. Molenkamp. “If you think about it, this is similar to how cars are made in real life: cars are designed and redesigned. They’re built and tested and retested. So mini-projects like this show students that there’s a reason we want them to take ownership of their learning. It’s because they’ll be asked to do these same kinds of things –but on a larger scale– someday in their careers.”

Thanks to all the budding scientists at Jenison Junior High for letting us watch you “race” to science discovery! 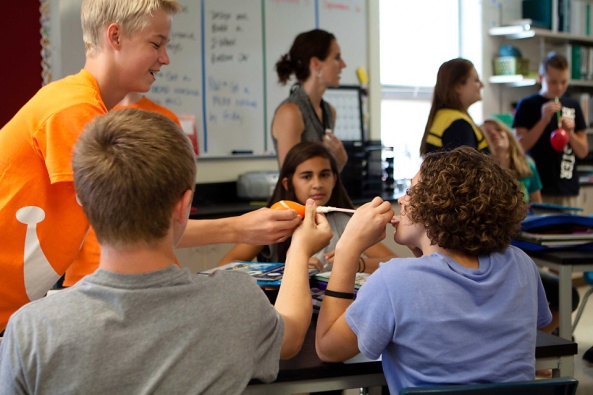 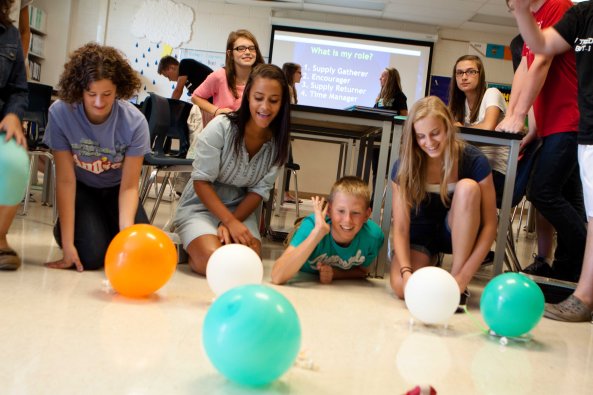