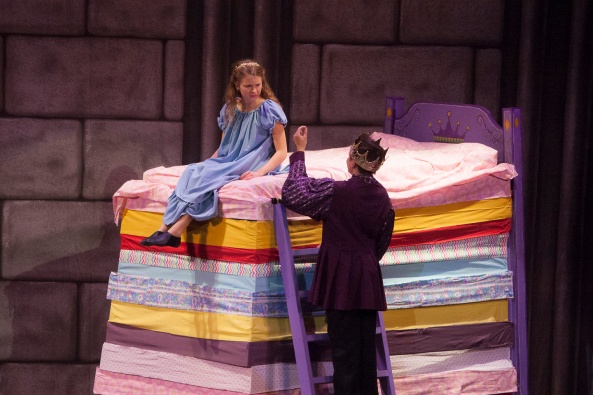 Taking the classic fairy tale, The Princess and the Pea, to another level, Once Upon a Mattress was this year’s Jenison Junior High musical production!

The story centers around 15th century Prince Dauntless and his mother’s ruling that no one in their [imaginary] medieval kingdom shall marry until he does. Despite the fact that Princess Winnifred wins his heart, his mother is less than impressed, something many modern women can relate to as well!  Winnifred is put to the final test of sleeping on a stack of twenty mattresses with a pea and when she wakes disheveled and less than refreshed Prince Dauntless [and the rest of the kingdom] rejoice!  [Of course, there are various antics involved — love never works out just that easily!] 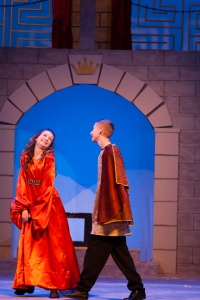 But this choice of musical wasn’t just for the fun and silliness of a fairy tale retold. According to Director, Holly Florian, it was also about teaching students about life in the 15th century, gender roles, as well as the importance of speaking up in the face of adversity. “Princess Winnifred is great example of someone who is confident in who she is, despite facing pressure from those around her to meet their expectations for her life [and getting more than a few strange looks from the people around her when she doesn’t meet their expectations]. Her influence allows Prince Dauntless to grow in self-assurance and ultimately to stand up to his overbearing mother and break the curse that has caused so much strain in the kingdom. The fact that one person can have such a powerful influence on the world around them is something that I think everyone can learn from, and a lesson that is especially powerful for the young students that were in this year’s production.”

Junior High students auditioned back in October and have been participating in rigorous rehearsals since early November. Students led crew, lighting, did most of the hair styling and makeup as well as set design and costume changes.

The vocals in Once Upon a Mattress can be extremely challenging and with the ever-changing needs of Junior High students and their voices, it was important for the cast and directors to stay flexible and make changes when needed. Despite those challenges, the cast performed four strong shows, the first time a junior high production has held four! Ms Florian says she is particularly proud of their consistency throughout each performance. 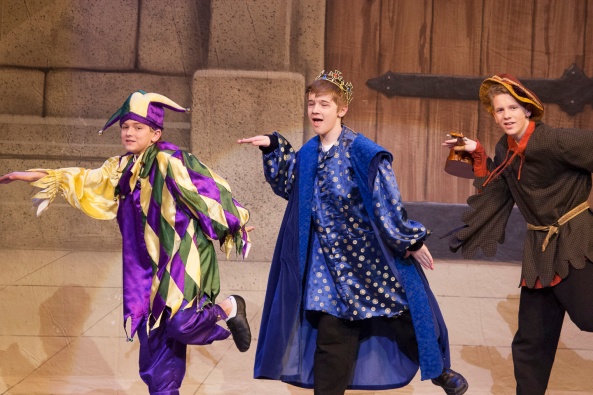 The cast also faced the challenge of understanding the mindset of this very different time in the world. One thing that “can be difficult in this show is getting the cast to understand why there is so much frustration over Prince Dauntless needing to be married before anyone else can get married. This is a key point in the story but isn’t necessarily something Jr. High kids can really relate to. During rehearsals we were able to explore the role of marriage in this time period. For the girls, getting married was their only option – without a husband, they had nothing. Once the cast members understood what life was like at this time, it made their expressions and actions on stage easier to understand. One of the coolest things about working on a show is the many opportunities for cross-curricular study and the interesting discussions that result. Acting is not just about randomly selecting a facial expression or reaction or just pretending to be someone else. You have to really understand the whole story in order to make it believable for the audience.”

The show was a success, due in large part to the varied experiences of the cast and crew. Some are involved in community theatre, while others had never set foot on a stage. Ms Florian stresses that students are selected based on their ability to model respect, hard work, the ability to follow directions and have a positive attitude are all equally important in a Jenison production.  And they did not disappoint the staff nor the audiences:  “I think people are always blown away when they see our productions because they can’t believe that the kids are only in Junior High. I’ve always believed that kids this age are capable of just about anything. You just have to set the bar high and give them clear expectations right from the beginning and they will meet – or even exceed – the expectations every time.”

Thank you to all of our cast, crew and staff that came together so amazingly to entertain our community! Your talent and perseverance is inspiring! 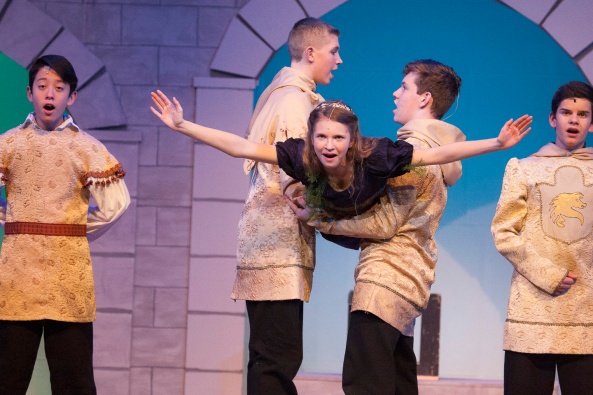 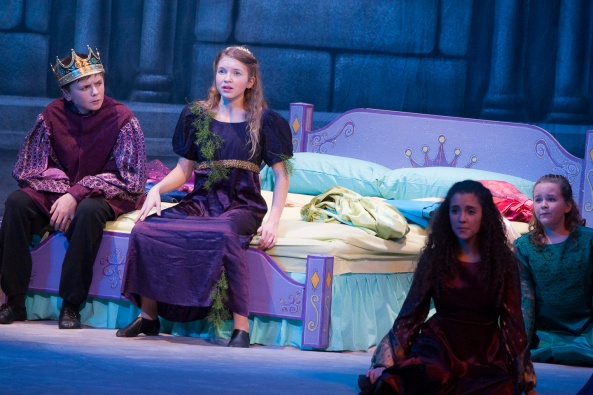 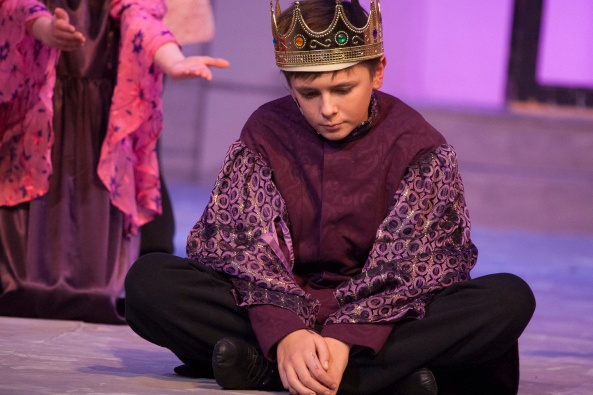 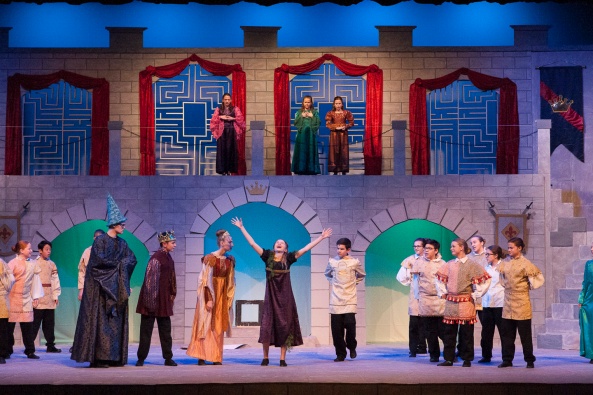 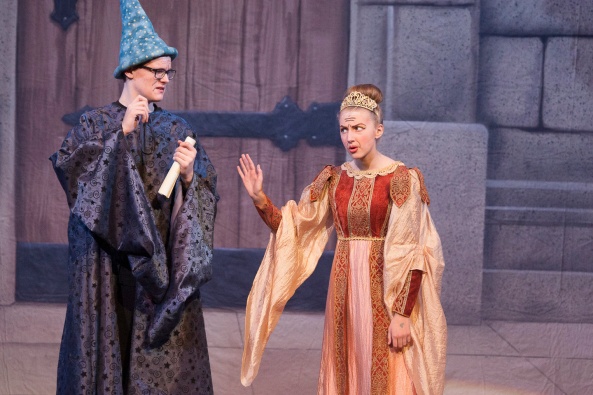 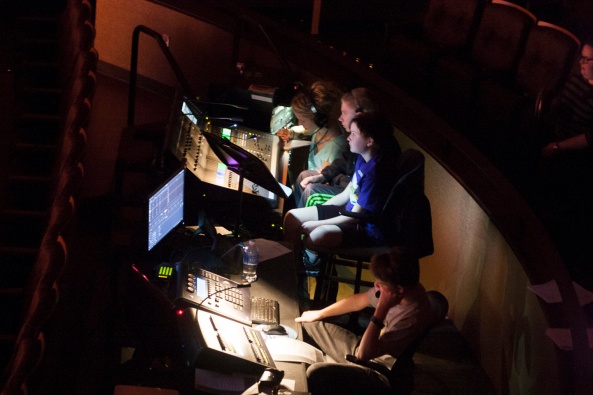 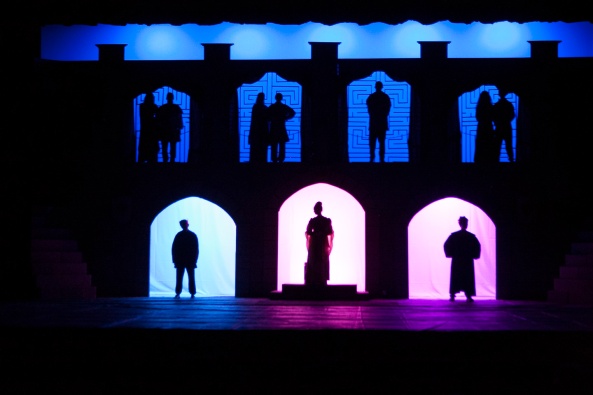 One comment on “JH Theatre Tackles Once Upon a Mattress”