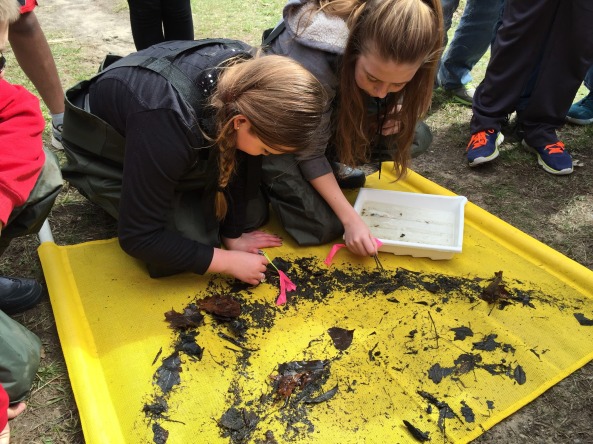 E. coli is not anyone’s favorite topic. In fact, it’s probably not discussed openly in polite company. Certainly, if you had an E. coli problem you wouldn’t want anyone to know. And that’s exactly what the students in Lori Barr’s 6th grade class last year decided to change.

In 2009 Georgetown Township closed Maplewood Lake to swimming due to E. coli concerns and removed the sandy beach, installing instead, a splash pad for Jenison families to enjoy the park and still get relief from summer heat. 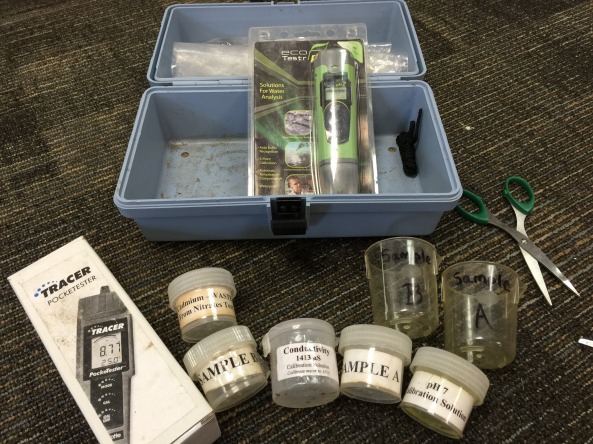 Last year, Mrs Barr wanted to be proactive about project-based learning and design thinking for her students. How can they be prepared for the needs of the real-world workplace like leadership, idea creation and problem solving? She approached the township and asked if there was a problem they would like explored or even solved? When Supervisor, Dale Mohr told her that he wished people could swim in Maplewood Lake again, she took the issue to her students and they accepted the challenge!

With the help of local non-profits such as Groundswell and LGROW [The Lower Grand River Organization of Watersheds], as well as Creek Connections at Allegheny College in Pennsylvania the students set out to perform water tests to determine how run-off effects our drinking water. Students tested for the presence of nitrogen, phosphorous and seven other paramaters and eventually, for E. coli. 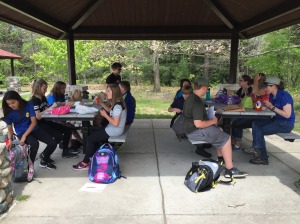 The organization had the students begin their project by designing door hangers that educated the community on the dangers and immediate implications for run-off and “how to dispose of things properly on your land and what choices to make with your  gardening and your lawn to avoid the phosphorous and nitrogen build up and what would cause the water quality to be compromised for the wildlife and organisms living there.”

Meanwhile, students spent five weeks collecting data from three different sites around Maplewood Lake for the E. coli tests and Georgetown Township offered to analyze their findings. They were feeling fairly confident with what they had found until a major water event occurred [such as a heavy rain] and the E. coli numbers went up significantly. They needed to figure out why. 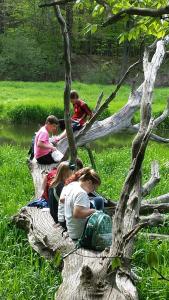 However, the school year was drawing to a close and the baton would need to be passed to this year’s 6th grade class to continue the project. Mrs Barr needed new testing kits and, again, with the help of Creek Connections, she wrote up a quote and posted their project on DonorsChoose.org in the hopes of raising the money for their continued research. Mrs Barr came to find out that Tom’s of Maine has an arrangement with Donors Choose to match the donations of any funded project that will go toward a green classroom project that qualifies, which ours did. Thankfully, the project was fully funded but the story wasn’t over yet…

This past June, Mrs Barr was notified that the project was also selected to be part of the Top Ten by judges [including Kevin Jonas for your Jonas Brothers Fans!] and be in the running for prizes ranging from $25,000 to $2,000. But they need your help!

If you’ve been inspired by the work our 6th graders [and we certainly hope you have been!] you can support them in the Tom’s of Maine Green Your School competition for a chance to win $25,000! All you have to do is click on the link below and vote every day until Oct 31. Just click:  Tom’s of Maine competition and scroll for “No Swimming Allowed…Whaaat?!” and click on VOTE. Please share with friends and family.

Thank you to Mrs Barr for being a passionate teacher who challenges her students to think beyond the textbook and classroom! Thank you to our partners who made this project possible! And of course, thank you to the 6th grade students past and present who will continue to work for the good of Jenison and Maplewood Lake! Don’t ever give up! We are Jenison! 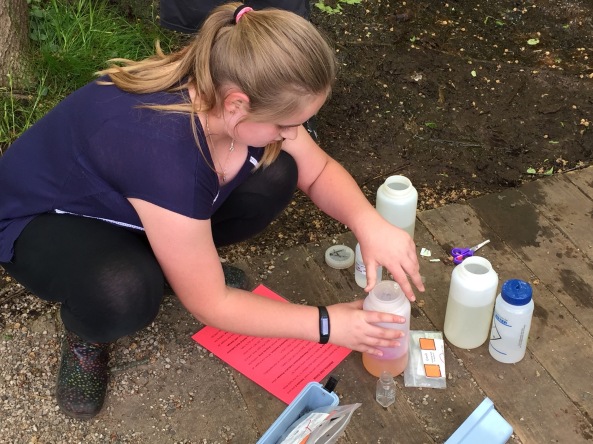