What happens when a lion, a zebra, a giraffe, a hippo, and a handful of penguins dance their way onto the Jenison stage this weekend? Adventure, of course! [With a side of silliness.]

Based on the animated motion picture, Madagascar – A Musical Adventure JR. follows all your favorite animal friends as they escape from their home in New York’s Central Park Zoo and find themselves on an unexpected journey to Madagascar.

Muscial Director, Holly Florian says she is excited to bring this family-friendly story to Jenison audiences. When she was looking for this year’s musical, she was looking for a story that would incorporate a large cast and feature less separation between the leads and the ensemble. “It tells the students and audiences that everyone is important.”

And while the story is filled with music and fun, Ms Florian says the real story is the fact that the entire show is student-led. The stage managers are junior high students with high school students serving as coaches [a high school freshman “calls” the show with junior high students as her assistants]. The lighting crew and sound board are run by students with a faculty adviser present as a back up, but the students are responsible for what you see happening during the show. The set design and building is also done by students and Ms Florian says they usually have the best ideas for solving tricky problems with set design.

Last night parents of cast and crew members were invited to dress rehearsal and Ms Florian lets them know that, if they return for a show over the weekend, they won’t believe the amount of changes they’ll see between the different performances. Students are always looking for ways to improve, she says. “Students see the journey they’ve been on, how far they’ve come, and they see how they make each other better over time.”

Ms Florian says that she is intentional about giving students more opportunities to take ownership of the production.  In one instance, students were split up into small groups and one student was given responsibility to coach the others based on the directors ideas and critiques. They all came back having done exactly what she asked and was looking for. “They are capable, why not give them these opportunities? An important part of JPS Theatre is that kids are given the chance to take on leadership roles.”

And just like their counterparts in the High School, junior high thespians report that being part of the theatre community is a safe place to find belonging, make mistakes, learn together, and encourage one another. “Students always feel uncomfortable in the beginning so we only do team building exercises the first week. It creates an atmosphere of support, students feel safe, and relationships are built.”

We hope you will take time this weekend to witness their hard work on stage! If you’d like to see the show, you can get your tickets here!

Thank you, Ms Florian, for your dedication and leadership! Our students are stronger and more confident because of your belief in them and their abilities! Thank you, Jr High Musical cast and crew! We are inspired and encouraged by your willingness to be challenged and, because of that, shine on stage! Break a leg! 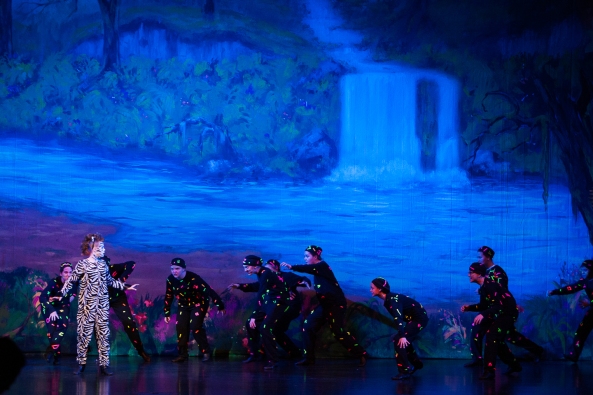 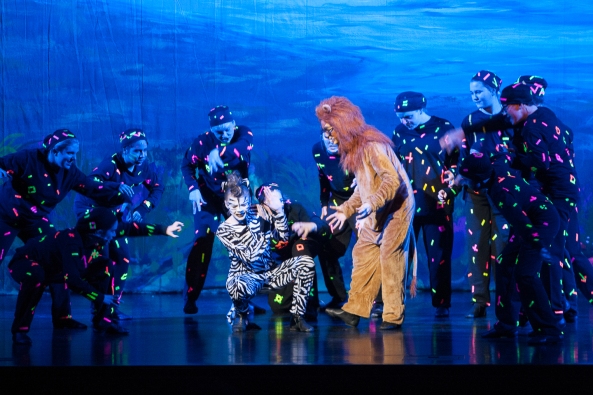