For the last 4 months, Dave Zamborsky and the Jenison High School marching band have worked incredibly hard to fine tune the theatrics, art and music of their show, “Under The Surface”. From the beginning of their season in June, all the way to wowing the community time and again at recent invitational performances; they gave their all. And then it happened, I made a bold yet very confident prediction. That they would show up to Ford Field, ready to perform and come home back-to-back state champions.

Now, I don’t really like to say I told you so… but their dedication grew stronger and they kept improving – the show was getting better as time went on. It was very exciting to witness, and then Saturday, November 3, they swept all 3 categories with an impressive score of 93.05 and were named Michigan Competing Bands Association (MCBA) Flight 2 State Champions! This is the 8th time they have been given that title! A heartfelt congratulations to Dave (most know him as “Z”) and our musicians on an outstanding marching band season. Well deserved and way to make us all proud! The group was even given a memorable escort home last weekend complete with Ottawa County squad cars and a Georgetown Township firetruck leading the way. 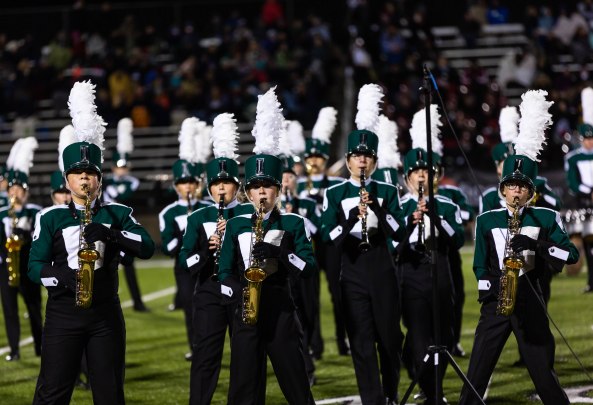 There’s no doubt that our students work hard when it comes to Marching Band. They memorize music and drill steps, attend pre-camp, mini-camp, band camp, and post camp – in whatever sort of weather Michigan decides to throw our way. And then there are their parents. They form committees to produce props for the show, crews to load equipment, they orchestrate efforts to feed the band when necessary, plan the annual Jenison Marching Band Invitational and sign up for general chaperone duties.

“Band parents are special people”, says Renee Schab, who is volunteering on the equipment crew for her 5th year in the program. “They don’t hesitate to take each and every kid under their wing. The students know we are here to help them, we’re in the trenches with them and they are so appreciative and grateful. Our job is to support the directors, staff and kids to be a success. And we love being a part of the team!”

Vicki Thompson shared an excellent observation that is also something I admire about Z and his work with the students. She loves being involved because it’s so fun to watch how the confidence builds in every kid. “They start out pretty unsure of themselves and by the end they have worked so hard to be a part of a larger team, they have gained so much, and are so proud. And they’ve earned every bit of it.”

Kimberly Schwartzkoph and her husband Todd, have been a part of the marching band program for 7 years. They really love volunteering with the program and being a part of something that can help them connect with their kids, and get to know other students. They, along with many other marching band parents would tell you that they have gained their own community of friends through the program in addition to helping fuel their child’s passion.

Shortly after this gets posted, 181 dedicated students, along with all those special parent volunteers will depart for the Bands of America National Championship competition in Indianapolis. It makes me so grateful to be overwhelmed by intentional, strong parental support. We wish you the best, Wildcats! 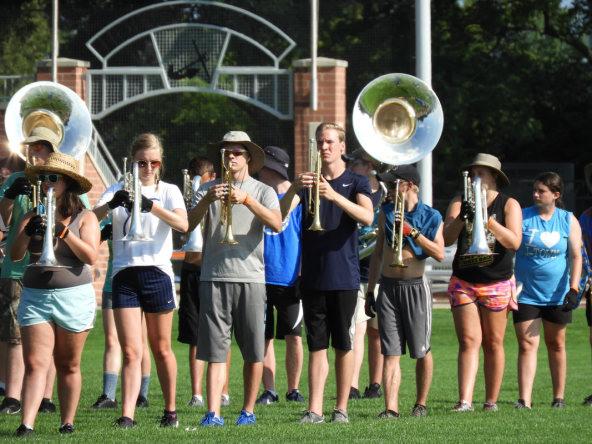 More photos from the October 20, 2018 Jenison MCBA Invitational can be seen here DamionVanSlykePhotography_Jenison_Invite